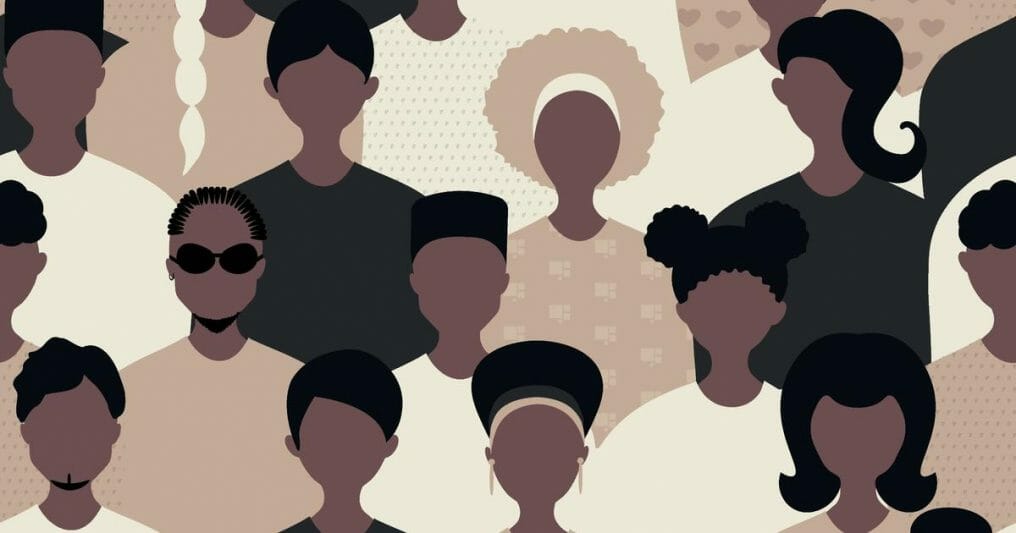 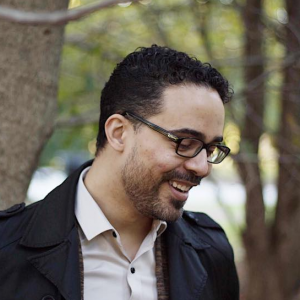 What is it like being a BIPOC (Black, Indigenous, and People of Color) small business owner? So many things, but to fully understand the magnitude of what it means to me, I want to share with you my story.

I grew up on the westside of Columbus (Hilltop), where breaking the cycle of poverty and substance abuse just didn’t seem possible for people like me. But I knew from a very young age that I didn’t want to be in the same circumstances I was born into. Living with a drug-dealing father with substance issues all the while being a punching bag alongside my mother wasn’t the vision I had in mind.

I never imagined the incredible things I would have the privilege of being a part of as my life progressed. I’ve performed for millionaires at donor recitals, I’ve traveled internationally to compete in show choir competitions in high school, I’ve mentored students from similar socioeconomic backgrounds around Columbus, gained accolades for my volunteer work at the university level, I have completed multiple graduate degrees. In fact, I am the first person in my family to graduate from college. And now, I co-own and operate a full-scale music studio in Lewis Center. My life is drastically different than my wildest dreams growing up and I am grateful each day for all of it.

I recall being encouraged by family members at an early age to develop entrepreneurial skills. One of the few positive things I credit my father for instilling in me is a natural desire to find a way around obstacles in life that were presented by circumstances outside of my control. For instance, no money to purchase candy at the corner store? Go ride around on your bike and collect aluminum cans. Or create artwork and sell it to family friends. Or purchase goods and resell them for profit. The innate desire to strive for more was something I uncovered through therapy as an undergraduate student. Revisiting childhood trauma and recalling the positive aspects of growing up under my circumstances and overcoming adversity have helped me tremendously grow, heal, and to help others.

The summer between my first and second grade year of elementary school, my teacher Ms. Southers gave me several teacher copies of curriculum books. I have always had a voracious appetite for learning. As I zoomed through all of the levels of Math Minutes and read dozens of chapter books as a first grade student, she saw something in me, and she wanted to enable me to continue to learn that summer even though I was no longer her student. I created lesson plans for myself. I pulled a lamp into my bedroom closet and created a make-shift study for myself. At night when everyone else in the house was sleeping, I would independently learn from the teacher’s editions of books I was given. I’d memorize facts about animals from the encyclopedia set our family owned. I’d read library books and I’d practice math, write stories, and watch late night episodes of Zoboomafoo on PBS on a small black and white crank-dial television. After that summer, I knew I wanted to be a teacher.

So what’s it like to be a black small business owner? I see it as an opportunity to lead within my community and to be a visible example of what is possible.

In the second grade, I was lent a trumpet by my elementary school, and was provided the opportunity to take trumpet lessons with Mr. Foster — who I am thankfully still in touch with both he and his wife thanks to Facebook. I progressed quickly, and really enjoyed it. Eventually, my father had the trumpet appraised – it was a Stradevarius! – and while it had cosmetic damage, I recall it being valued at over two grand if it were repaired. One day, that trumpet was simply gone, and rather than potentially cause a fight with my father, I silently accepted that I no longer was going to be studying trumpet.

Middle school came around and students had the opportunity to choose one of three electives as their “major” class which they’d attend three times a week all year long: Art, Gym, and Music. At the time, I struggled with identity and was bullied for being feminine both by students and at home. I chose art in hopes that it would get people off of my case — needless to say, that didn’t work, but I made many friends, and found an incredible mentor in the art teacher Mrs. Valerie Long (who I’m also friends with on Facebook nearly twenty years later). My seventh and eighth grade years I switched to choir as my elective, and continued to be inspired by Mrs. Lynn Acton McPherson (yes, I’m friends with her on Facebook as well) to foster my musicianship. At the final concert of my eighth grade year, I was given the opportunity to perform a solo, and my sister choreographed several dances for the same concert. It was at that point that I knew I wanted to be a performer.

In the third grade, I was able to take part in my school’s choir program. The Adventures of Lois and Clark was a small musical the fourth and fifth graders were putting on, and I had the opportunity to sing in the choir as I was in the gifted and talented program. I always enjoyed music class with Mrs. Foster (how cool that I got to learn with a married couple!) and I was excited to sing in choir as both my brother and sister were involved in their choral programs in middle school. Over the next two years I enjoyed every second of singing in that choir.

High school brought on a completely different experience than what I’d had in school prior. I auditioned as one of the first three Freshman into the school’s top choir and also the show choir, bullying ceased, and I found my tribe. Both my brother and sister had been through the music program, and the director went to high school with my father in the 70s. Over the course of the next four years I would be afforded the opportunity to travel to Cozumel, Mexico and Nassau, Bahamas to compete internationally in show choir competitions, sponsored by the director and boosters of the music program. The choir director, Mr. Phil Wallace (who I would be friends with on Facebook if he had one) and the show choir choreographer, Mrs. Pauline Chan Yount (who… you guessed it, I’m friends with on Facebook), inspired me to want to pursue music in college — a prospect I’d not considered a possibility prior to meeting them. Lessons were arranged with the former chair of the voice department at Capital, I auditioned, was accepted and was granted a sizable enough scholarships to attend immediately out of high school. However, that opportunity was stripped from me days before classes were scheduled to begin.

Why am I sharing details about my childhood and K-12 education? It took a village to get me to where I’m at today. From a very early age, teachers and mentors took an interest in helping me see beyond my circumstances and empowered me to do more with my life. My teachers inspired me to want to continuously set goals for myself and to accomplish them through hard work and determination. The tools and resources I lacked, others provided me ( after demonstrating I wouldn’t squander those opportunities). Or I worked to attain after being shown where to look.

Fast-forward two years into the present, and I am now the co-owner of a music studio — and a Black small business owner at that.

The entrepreneurial skills that began to develop in my childhood, and the culmination of a music education over the course of my entire adolescence and majority of my adulthood, have provided me the opportunity to connect with people all over the city in meaningful ways. Through Opera Columbus I’ve had the opportunity to go into lower SES schools and be a mentor for students who come from similar backgrounds as myself and demonstrate that so much more is possible than what society may tell us as BIPOC. I’m now afforded the opportunity to be the adult providing a path to a better future for the lives I come into contact with, just as so many were for me.

At 32, I don’t know every aspect of running a business, but again, I have incredible mentors alongside me every step of the way in the form of Kay and Joseph Barker, and Kyle Lamoreaux teaching me the ropes and empowering me to be a better leader for this company, for my teaching staff, and for my community. When I auditioned for a teaching position in the summer of 2016, I never anticipated being more than a teacher at Musicologie, but I knew just how incredible of an opportunity it would be to have a place to grow my studio, hone my skills as a music educator, and build a career teaching. For the next two years I poured everything into teaching lessons at Musicologie and it didn’t go unnoticed. When approached about the opportunity to become a Community Manager and to open up my own Musicologie location, I immediately recognized how fortunate I was, and enthusiastically entered into a partnership with the company — a decision I’m grateful I made each and every day that I sign on to teach a lesson or come to the studio.

In the words of the great Dr. Maya Angelou:

Bringing the gifts that my ancestors gave, I am the dream and the hope of the slave.

I know that despite the hand I was dealt in life, I have been invested in by countless people over the years. I know that luck played a hand at times and I know that there were many things I could have done differently or better. But for the opportunities I’ve been provided as well as those that I’ve earned, I live each day in gratitude.

It took a village to get me to where I’m at today, and I hope to be a member of each village in the lives I touch through music.

We’re Back in the Studio!

One Year of Our Lewis Center Studio

What’s In a Mission Statement? Why We Have One and What it Means to Us

$4381! How Our Student Community Stepped Up to Support Our Teachers

Why Music is Important, Especially During a Crisis

Why (and How) Musicologie is Building New Teaching Studios