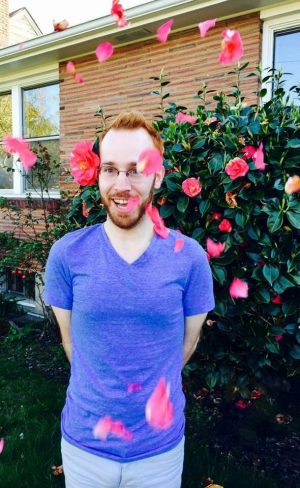 Thomas Crouch grew up in Virginia and started piano lessons at 8 years old. When he was 14, he moved to Portland and studied with internationally renown pianist Lena Vozheiko, former professor at the St. Petersburg conservatory.  Under her tutelage he placed 3rd nationally for MTNA high school division,  received honorable mention in the 2007 national Modern Music Festival And received a young artist achievement award for the state of Washington.  Thomas attended University of Puget Sound where he studied under Dr. Tanya Stambuk and graduated with a Bachelors of Music in Piano Performance.  While at UPS Thomas placed first alternate in the 2010 MTNA young artist solo division.  With the Puget Sound Sax Quartet, Thomas placed at the 2011 MTNA National young artist chamber division with an original transcription of the Dvorak Piano Quintet op. 81/a by Fred Winkler.  He performed for numerous masterclasses  and was asked to perform many original works for the 2011 National Composers Symposium hosted by University of Puget Sound.   With Cellist Chrisitna Wu, Thomas took top prize in the Beatrice Hermann young artist competition and the duo was asked to perform for masterclasses held by the Tokyo String Quartet and composer Daron Hagen.  Thomas and Chrisitna, along with violinist Grace Yoen, were often asked to play as ambassadors for the School of Music at recruiting functions and local schools. As a soloist Thomas was invited to perform for Seattle’s Northwest Artist series hosted by Steinway and at the Perugia International Music Festival.  While completing his studies Thomas also maintained a private studio through the University of Puget Sound Community Music Program where he taught an array of ages and levels.