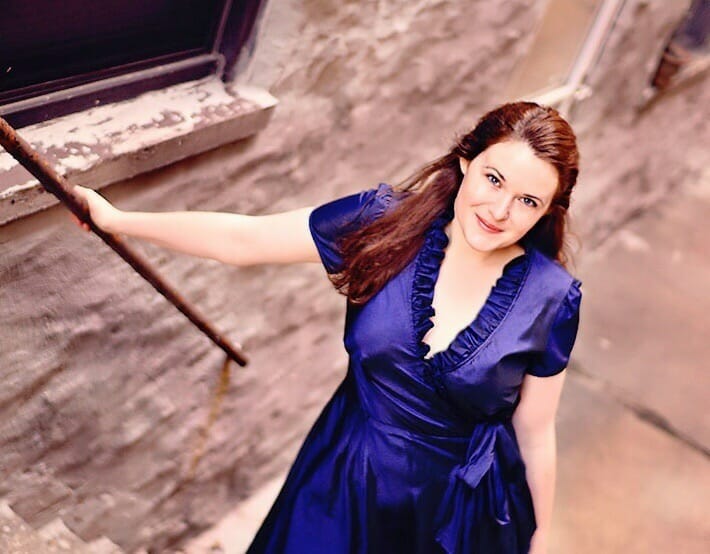 Renee Holzmeier recently settled in Columbus, OH after living and working in New York City for 9 years. She has had a versatile performance career appearing in numerous opera and musical theatre productions, summer festivals, concerts and recitals, outreach and educational programs, with choirs and with jazz and folk ensembles. She has also premiered new works and lent her voice to recordings.

A graduate of Cincinnati’s College-Conservatory of Music, Renee received her Bachelor of Music in Vocal Performance in 2007. While attending CCM Renee studied voice with both William McGraw and Barbara Clark (Paver) and was awarded the John Lehman Award for Excellence in Leadership and Musicianship for her ensemble work. Renee also performed and studied with the Opera Theatre of Lucca, Italy and the Moores Opera Center in Houston, TX.

While living in NYC, Renee taught voice privately, working with students ranging from young beginners to professional performers. She addressed vocal health and technique, as well as assisted with all preparation during the busy Broadway audition season. As a teacher, Renee’s methods are individualized, encouraging and focused – addressing the needs of each unique student. While she is classically trained, she enjoys singing and teaching a wide range of vocal styles!

An active member of The Voice Foundation, Renee stays up to date with the latest in voice science and pedagogy – her future goals including further education and specialization in speech pathology and singing health. She also works regularly as a voice over artist, recording and editing a wide range of content from her Grandview recording studio.

A native of Loveland, Ohio, Renee began voice and piano lessons at a young age from the Cincinnati Music Academy – where her love and deep appreciation of music first began!