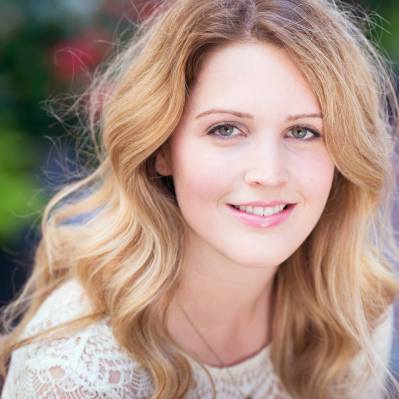 Her performance repertoire includes opera, musical theatre, and concert works. Her performance credits include Nella in Gianni Schicchi with Opera Columbus,  Elvira in #UncleJohn with Opera on the Edge, Lisette in La Rondine, Belinda in Dido & Aeneas, and Johanna in Sweeney Todd with The Ohio State University Opera and Lyric Theatre. She also sang the role of Pamina in The Magic Flute with Opera Columbus’s “Opera Goes to School.” Other performance credits include Les Misérables (Cosette), Into the Woods (Cinderella), Legally Blonde: The Musical (Elle Woods), and Joseph and the Amazing Technicolor Dreamcoat (Narrator). She was nominated for a WATCH Award for Best Lead Actress in a musical for her role as the Narrator and received a Broadwayworld.com nomination for Best Lead Actress in a Musical (Local) for her role as Elle Woods. Her concert works include soprano soloist for Fauré’s Requiem with the St. Veronica Catholic Church in Chantilly, VA and soprano soloist for Handel’s Messiah at Bluffton University.

Kate has taught private voice lessons for almost 10 years to students of all ages and levels. She has experience teaching various genres such as classical, musical theatre, pop, and jazz. It is her passion to help students discover their own voice and explore the many possibilities their voice has to offer.

In addition to her vocal background, Kate has studied piano for several years, working with Dr. Patricia Parker at George Mason University. She has occasionally subbed for the pianist/organist at the United Church of Granville where she served as the Music Director. Kate emphasizes music theory, ear training, and sight-reading for all her piano students. She believes in the development of musicianship skills, while having her students continue to play songs they thoroughly enjoy.