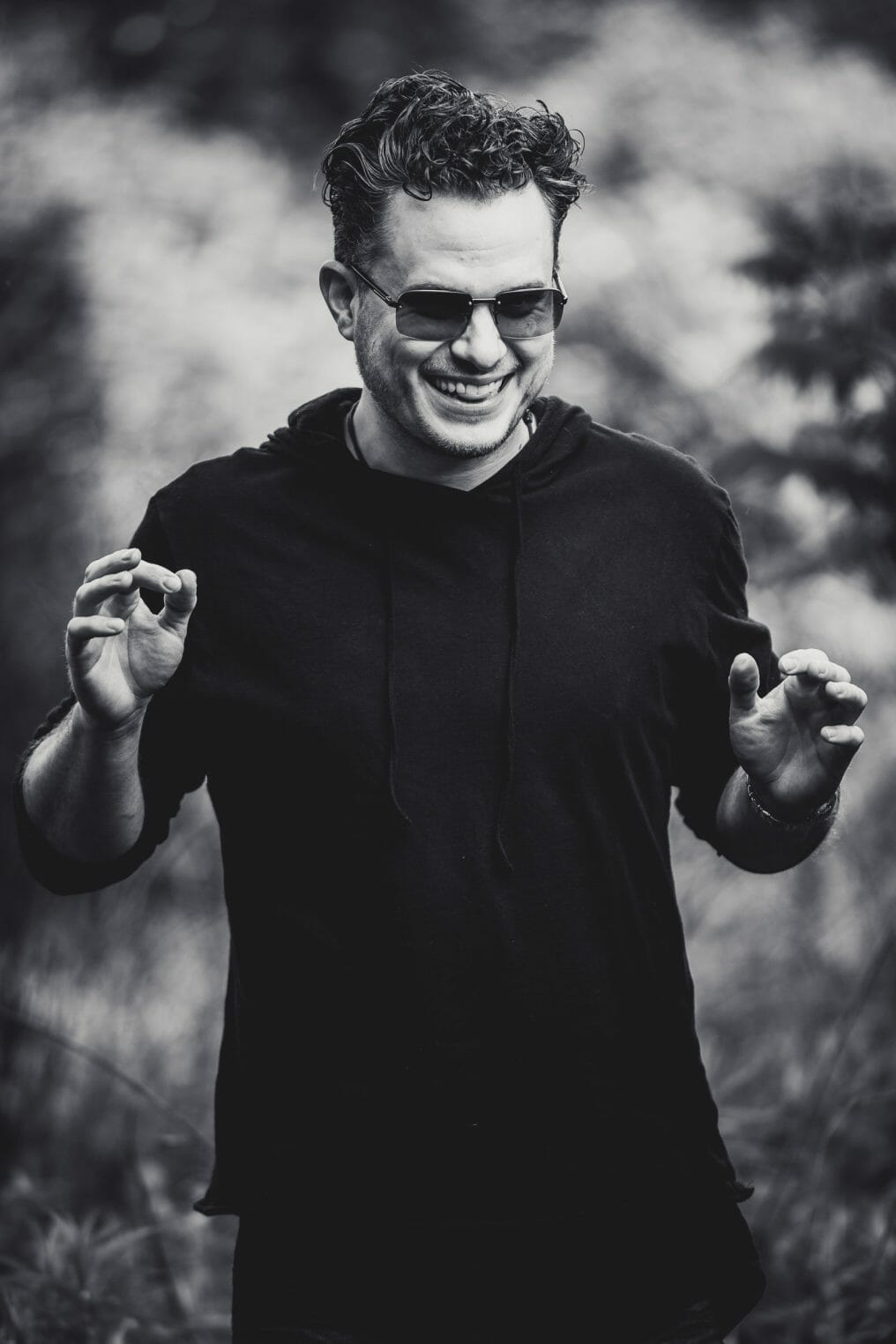 Cole Harrison is a lifelong student of music. He began on piano as a child, learning by ear and then taking lessons in the Suzuki method. As an adolescent he played drums in a punk band and programmed synthesizers in an experimental electronic music group. In high school he got his first paid gigs as a drumset player while he apprenticed as a recording engineer. Between high school and college he worked as a hip hop producer at Supraphonic Studios. In college he became a jazz vibraphone player and world percussion specialist while supporting himself by performing as a keyboardist and vocalist in a top-40 cover band. After college he went to graduate school to study cognitive science and ethnomusicology, where he worked variously as a lab tech, teaching assistant, data analyst, and writer. As a scholar, he specialized in gestural rhythm, Deaf culture, and the effect of music on the parasympathetic nervous system. Currently, Cole is a full-time working musician, performing around 100 gigs a year, dividing the rest of his time between his students, his research, his writing, and most importantly his family.

Cole has been a teacher since 2005. He began his teaching career by wearing a grizzly bear costume and leading a class full of middle schoolers on a samba parade through their neighborhood on Halloween. Through the subsequent years he has broadened slightly from that early experience and taught a variety of instruments and subjects, from beginner piano lessons to undergraduate courses in music literature. He has had many wonderful teachers in his life and believes that the most valuable service any musician can accomplish is to effectively pass what they’ve learned on to others. His philosophy of teaching draws inspiration from the Finnish education system, in which lessons are designed to meet the student’s individual needs in service of their goals, rather than to push them through a predetermined system of assessment. His favorite music educators are Fred Rogers, Barry Harris, and Leonard Bernstein.