Joseph co-founded Musicologie with his wife Kay after years of playing, recording and touring in their band Bella Ruse. He graduated from Hope College in 2008 and studied everything from audio engineering to philosophy. He has been playing drums and guitar since he was 8, studying piano and theory since he was 5 and teaching since college. He has composed music for Showtime, MTV, Bulgari, Anthropologie, Amazon and the Vancouver Film School, scored two films, written and produced songs on seventeen (and counting) albums for many different artists, composed the music and lyrics for a full length musical and written scores (no pun intended) of songs for other theatre productions.

In addition to running Musicologie, Joseph operates Musicologie’s scholarship project, The Musicologie Fund, and collaborates with schools around Columbus like ACPA and The Graham School to help kids learn about recording. He played in the band Nick D’ & the Believers and ran a music production company called BLASTY BLAST. 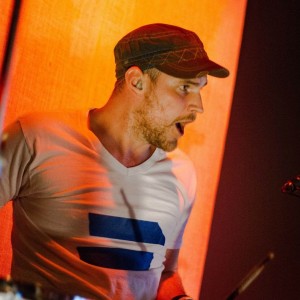 Are you a music teacher? We're hiring!Apply Now
+
X